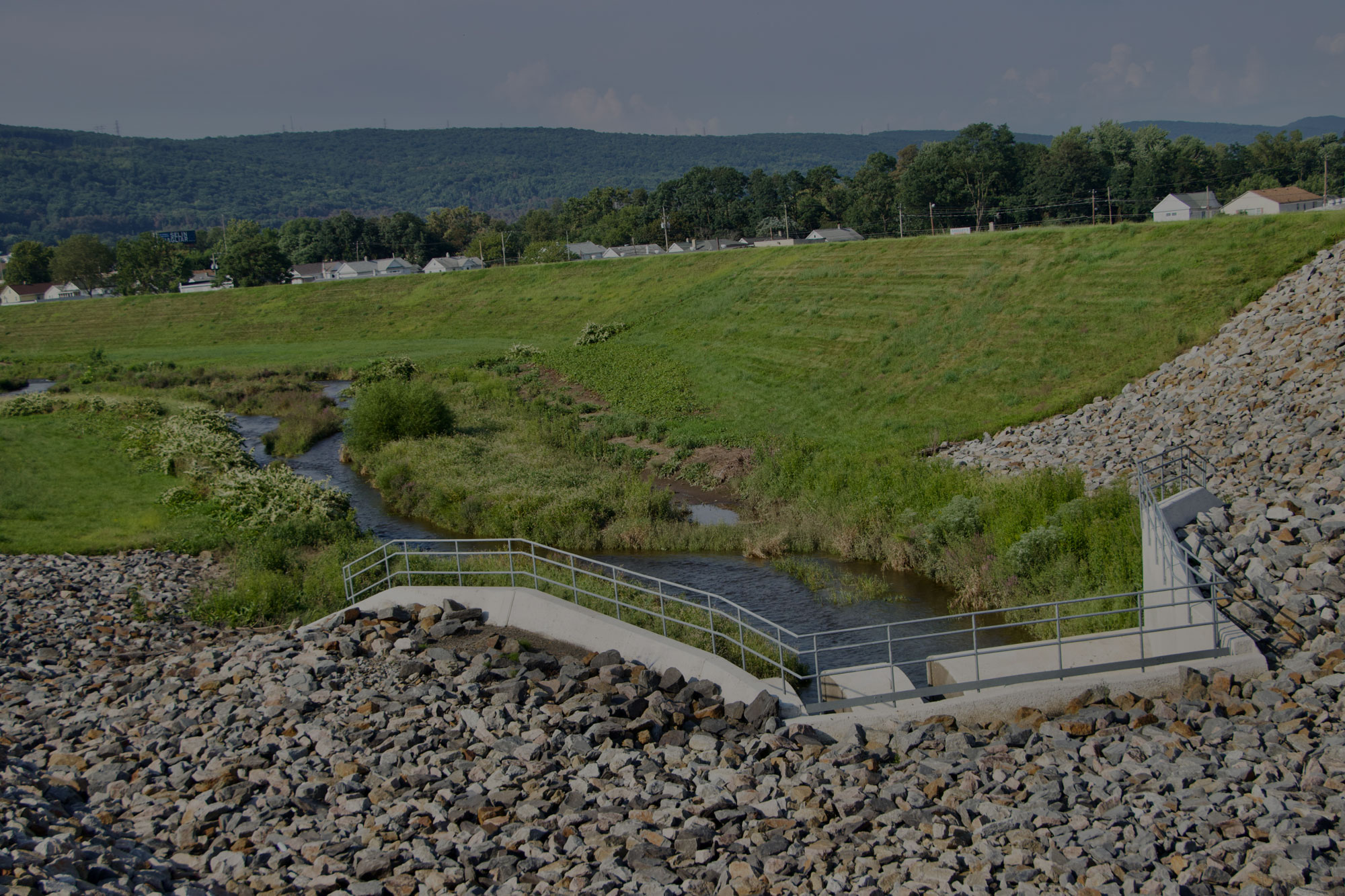 The History of the Wyoming Valley
Flood Risk Management Project 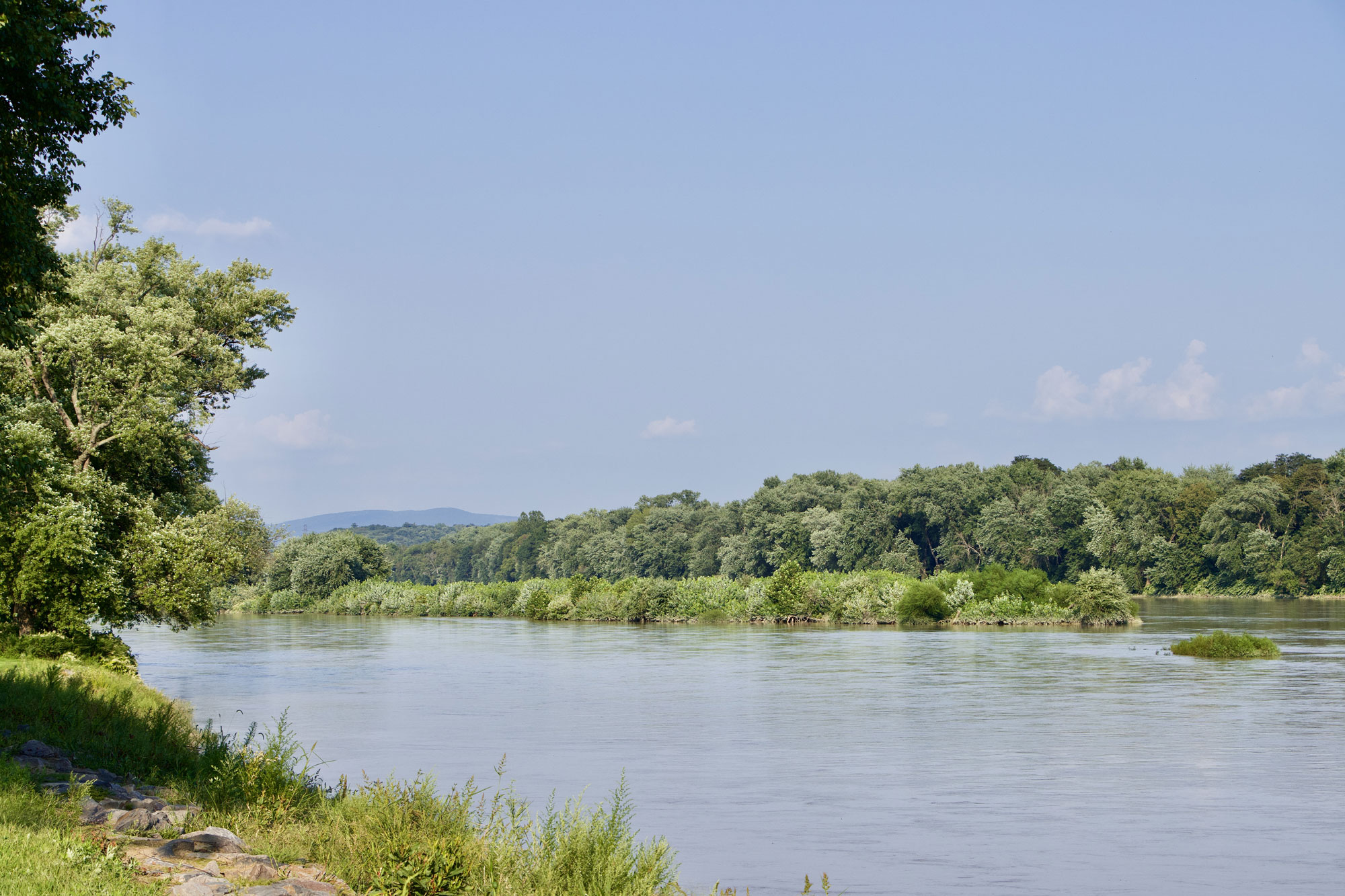 The USACE was looking for a single entity to operate and maintain the flood protection system since the current system of maintenance by individual municipalities was providing maintenance that was inconsistent. The Luzerne County Flood Protection Authority was organized in 1996, under the provisions of the Pennsylvania Municipal Authorities Act of 1945, to construct, improve, operate and maintain the 16-mile Wyoming Valley Flood Risk Management Project. The 16-mile long project helps protect the communities of Edwardsville Borough, Exeter Borough, Forty Fort Borough, Hanover Township, Municipality of Kingston, Luzerne Borough, Plymouth Borough, Pringle Borough, Swoyersville Borough, West Wyoming Borough, Wyoming Borough and the City of Wilkes-Barre.

Flood Control in the Wyoming Valley, 1936

​​In March of 1935, the U.S. Army Corps of Engineers was allocated $3.65 million to build a levee system along the Susquehanna River in Luzerne County. The levee system was designed to protect up to 33 feet, work began on Dec. 2, 1935, and the project was expected to be finished by Nov. 15, 1936. Before the project was finished, the Susquehanna crested at 28.6 feet. A spring thaw and bouts of heavy rain affected the Kingston area, damaging 1,600 homes. On Friday, March 20, the river crested again hitting the eighth highest record of 33.07 feet. The flooding impacted Kingston and Plymouth causing massive damage to homes and businesses.

Nanticoke was inundated and West Pittston experienced damaging flood waters. In Pennsylvania, the 1936 flood caused $212 million in damage. In the Wyoming Valley, there was $9 million in damage with 3,800 homes and 15,000 residents affected in Wilkes-Barre and another 5,600 homes and 25,600 residents affected in other river-side towns. After the flood, a strong effort went into constructing the levee. The Sunday Independent reported on June, 21, 1936, that the river control project “ is the largest under way in this section now and is unequalled by anything in the state.” According to the same article by the Independent, “More than 1,600 men and 200 pieces of machinery are employed on this project in building the 6,400- foot long (levee) at a cost of $793,000.” On June 22 1936, Roosevelt signed the National Flood Control Act into law, making flood control a federal policy and authorizing $27 million for New York and Pennsylvania. The Act also officially appointed the U.S. Army Corps of Engineers as the chief federal agency in charge of the flood control project. The levee construction phase began in Plymouth in 1940 and continued on in Swoyersville-Forty-Fort in 1953. (excerpts from Citizens Voice, March 20, 2016) 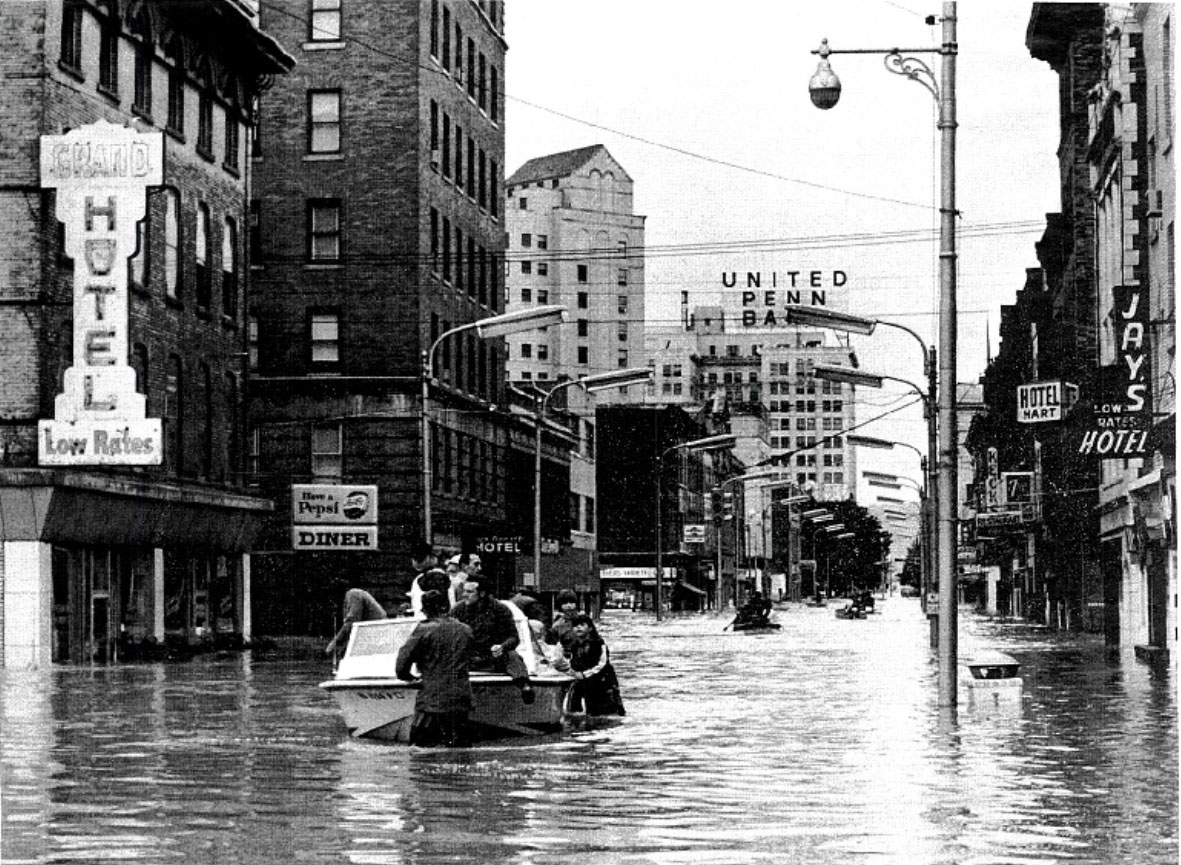 Prior to the creation of the Authority in 1996, the five existing flood protection systems (or reaches) located in the Wyoming Valley were maintained by the local municipalities. The Wilkes-Barre Reach was maintained by the City of Wilkes-Barre. The Hanover Reach was Maintained by Hanover Township. The Plymouth Reach was maintained by Plymouth Borough. The Municipality of Kingston maintained the Edwardsville to Kingston Reach. Lastly, Luzerne County maintained the Forty-Fort to Swoyersville Reach which included a small segment in Exeter Borough. This ad hoc management of a communities flood protection system was a similar arrangement to what existed in New Orleans, Louisiana prior to the Hurricane Katrina catastrophe in 2005.

On June 23, 1972, flooding Tropical Storm Agnes crested at 40.91 feet and over-topped the existing level of protection in the Wyoming Valley. The flooding and its aftermath was an absolute catastrophe for our area. The flood inundation area covered 48 square miles and included both the west and east side of the river. The flooding resulted in over $1 billion in damages (1980 dollars) and resulted in 25,000+ homes and apartments damaged, 80,000 citizens homeless, 30,000 citizens in evacuation centers, 5 major bridges destroyed or significantly damaged, 2,700+ commercial establishments damaged, 11,000 people out of work, over 1 million tons of debris and at least 1 death. After Tropical Storm Agnes and Tropical Storm Eloise in 1975, significant system improvements were implemented through the $200 million Wyoming Valley Levee Raising Project. The project raised the level of protection 3 to 5 feet along the 16- mile length of the system, structural, mechanical and electrical modifications occurred at thirteen (13) Federal pump stations, modifications also were incorporated at a number of drainage and closure structures. 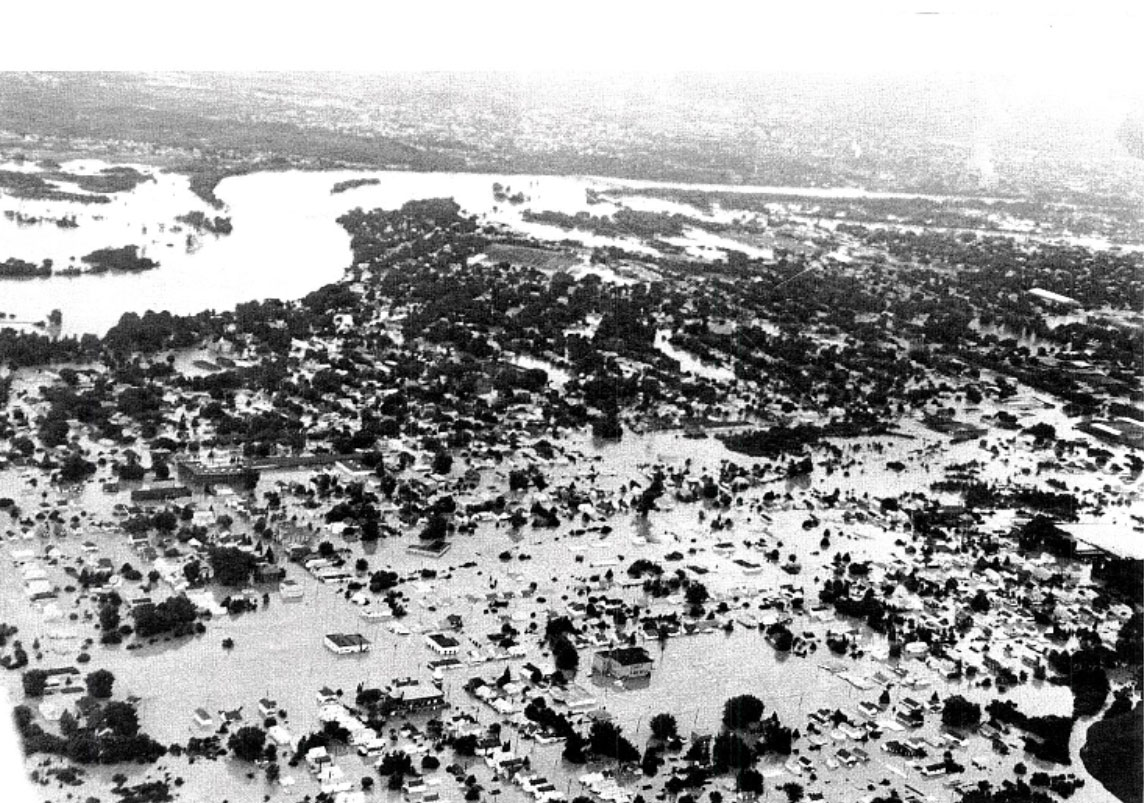 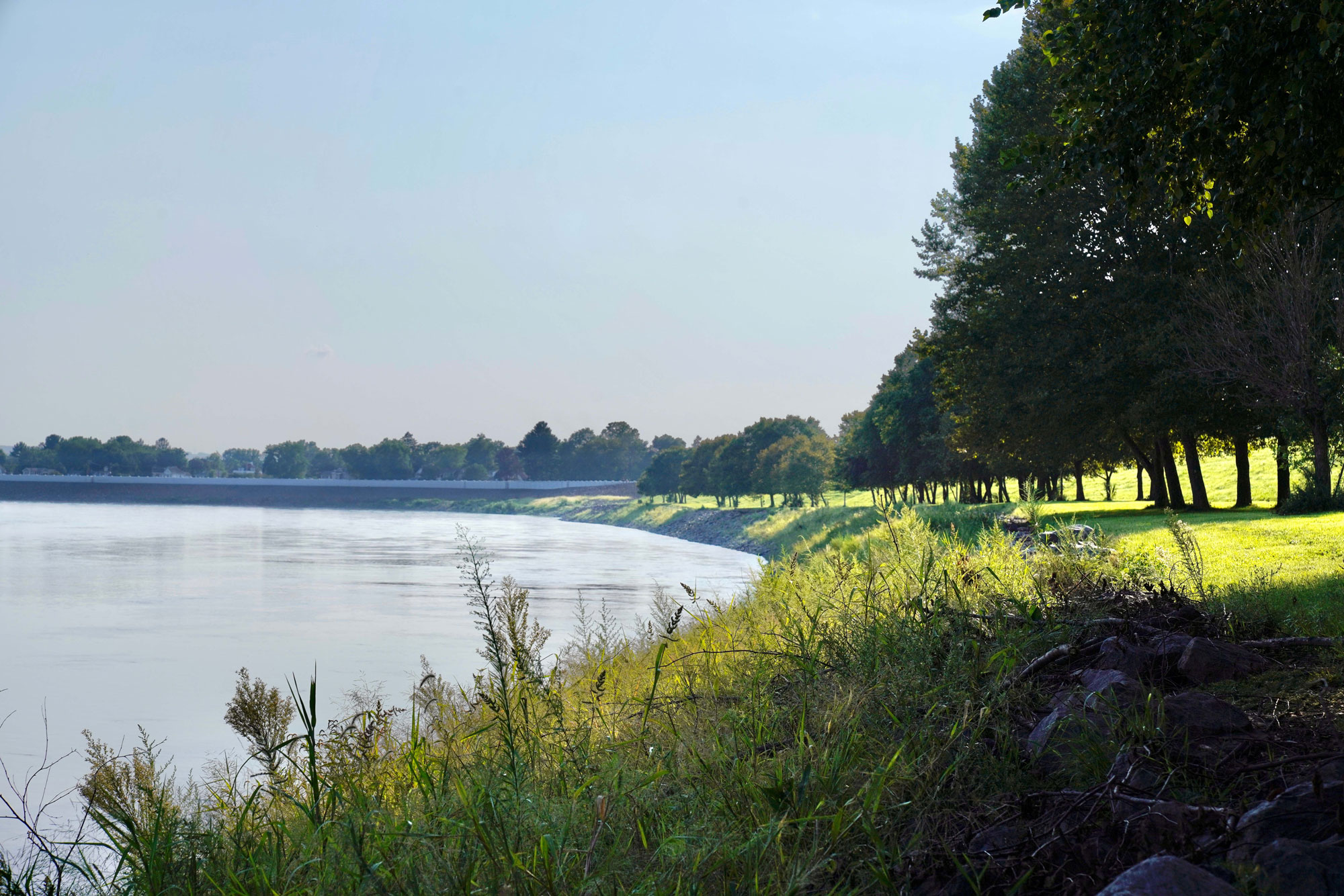 The United States Army Corps of Engineers (USACE) had been working with Luzerne County government, since the Tropical Storm Agnes Flood in 1972, to raise the level of protection in the Wyoming Valley. The USACE was looking for a single entity to operate and maintain the flood protection system since the current system of maintenance by individual municipalities was providing maintenance that was inconsistent. The concern of the USACE was that during major flood events this inconsistency of maintenance could put certain areas at a higher risk of flooding. The Luzerne County Flood Protection Authority was organized in 1996, under the provisions of the Pennsylvania Municipal Authorities Act of 1945, to construct, improve, operate and maintain the 16-mile Wyoming Valley Flood Risk Management Project. Construction on the Wyoming Valley Levee Raising Project ran from approximately the late 1990s to the mid-2000s. As sections of the Wyoming Valley Levee Raising Project were completed, the Authority assumed maintenance responsibilities for the portions of the project previously maintained by the municipalities.

On Wednesday, September 7, 2011, remnants of Tropical Storm Lee began moving through Northeastern PA.  The storm dropped record breaking rains over a 3-day period effecting riverside communities in the Wyoming Valley and surrounding communities.  Wide-spread flooding occurred across the county and the state.

During this time, the Luzerne County Emergency Management Agency activated its Emergency Operations Center to supply resources to local municipalities to aid in flood response activities.  On Thursday, September 8, 2011, the National Weather Service projected a Susquehanna River crest of 39.6 feet at Wilkes-Barre, for Friday morning.  Based on this information, County officials made the decision to order a mandatory evacuation for the Wyoming Valley beginning at 4 pm Thursday. 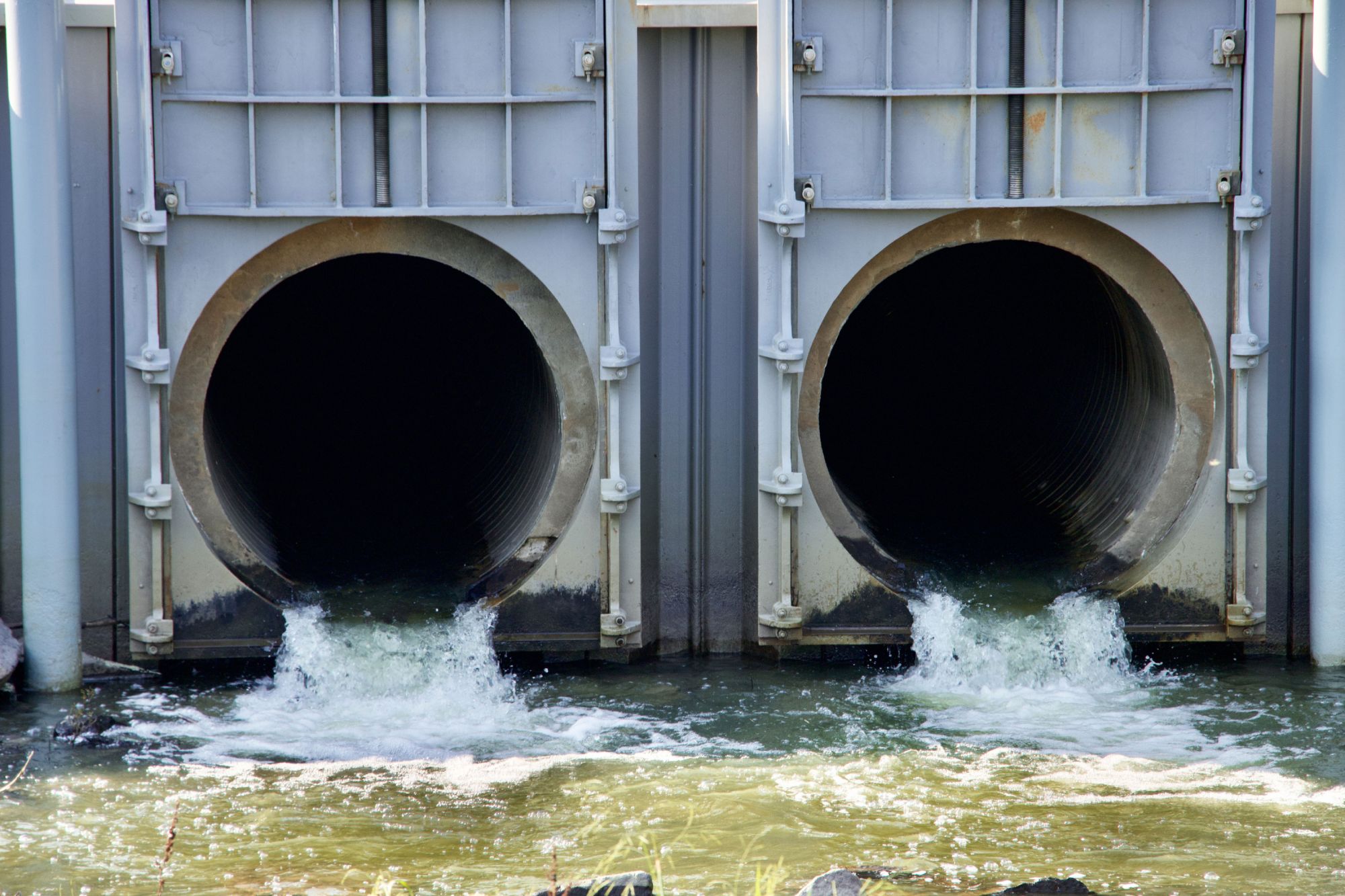 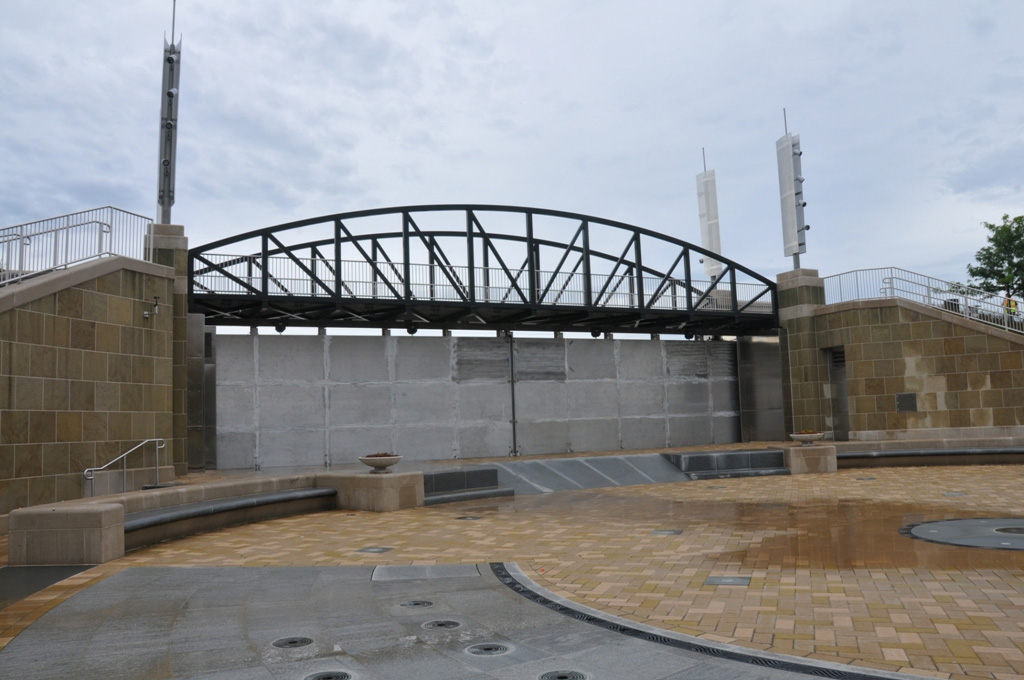 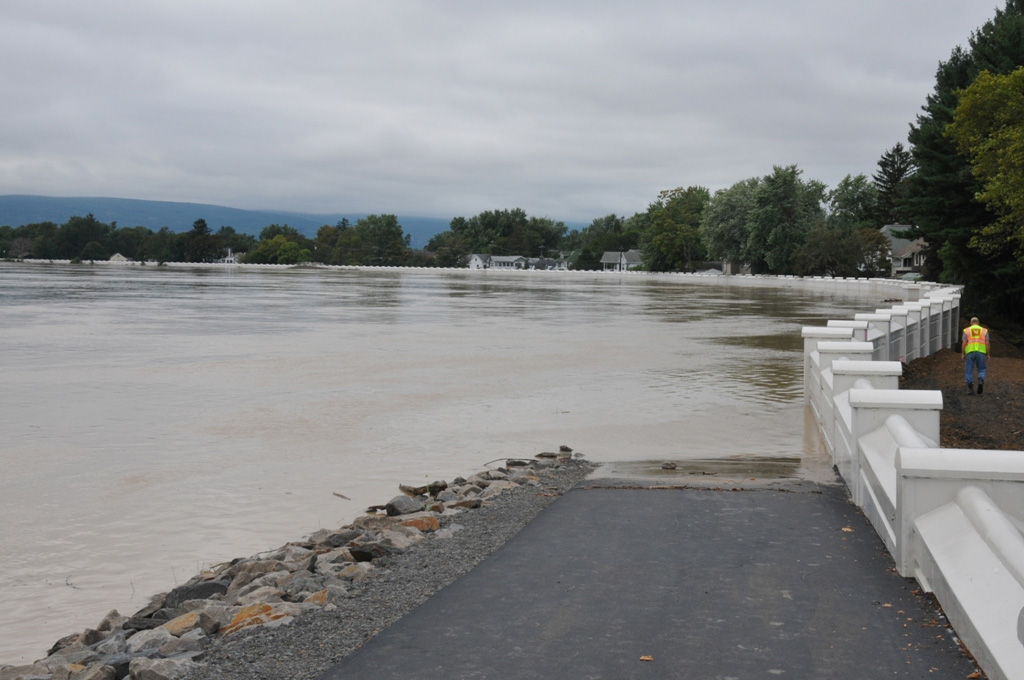 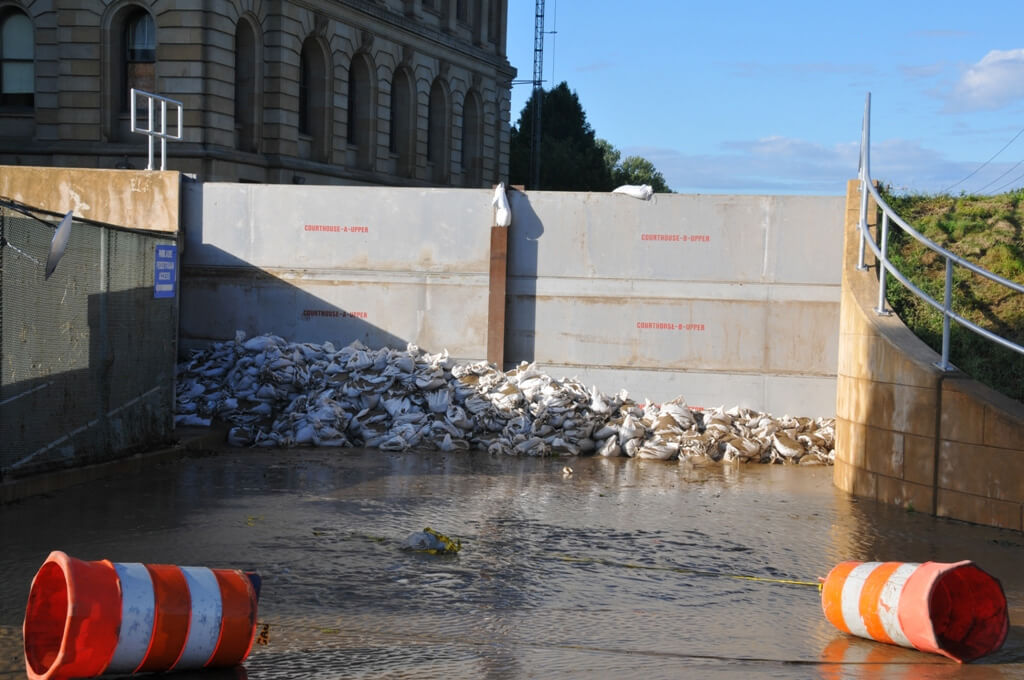 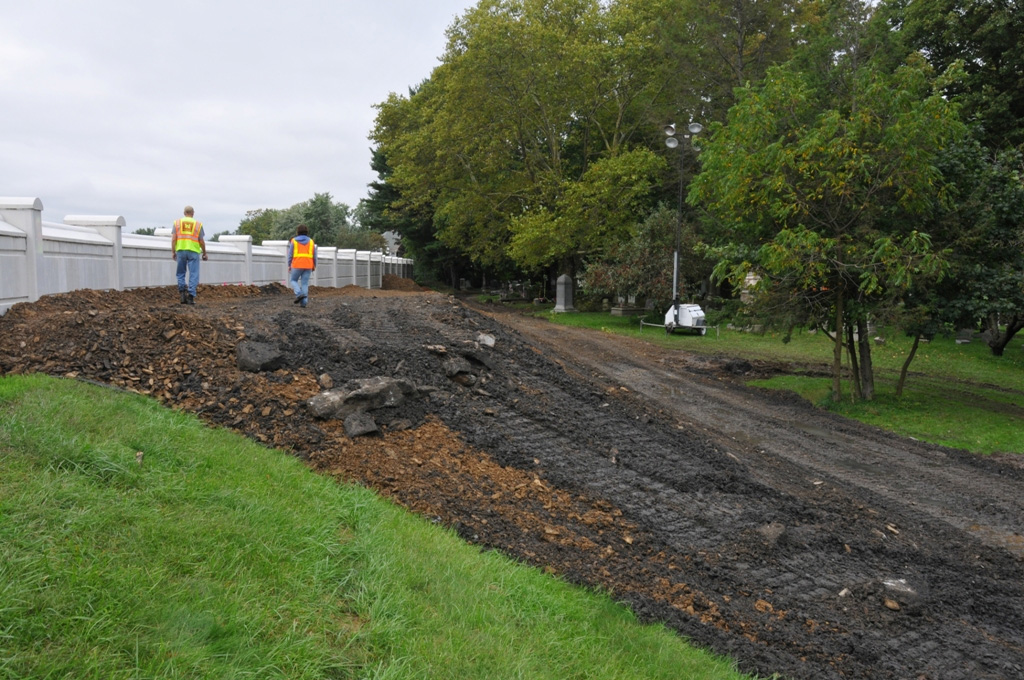 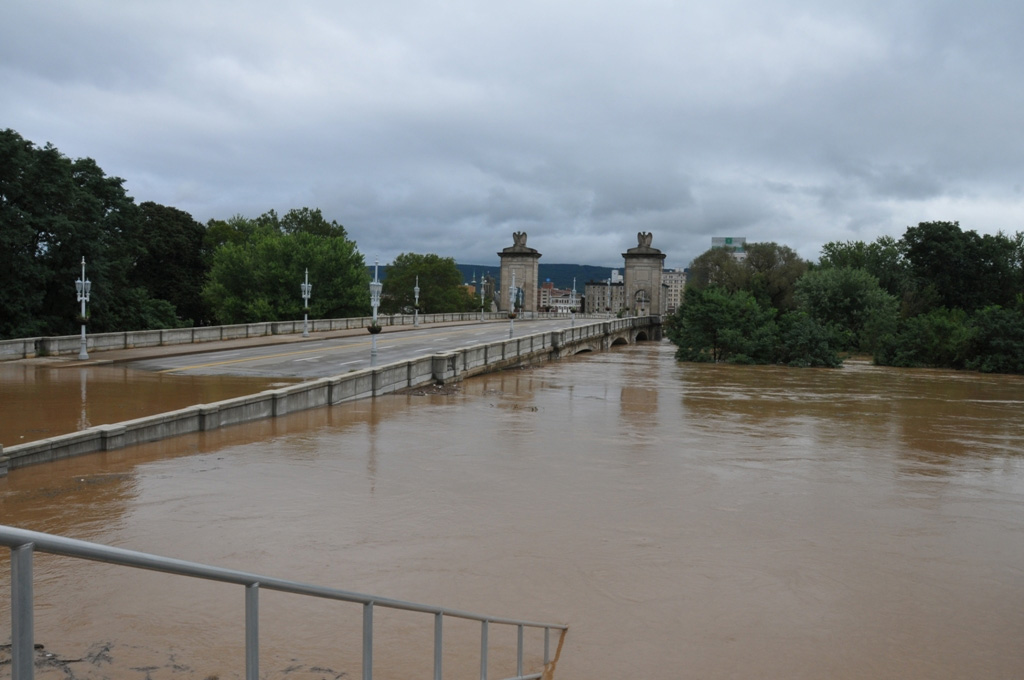 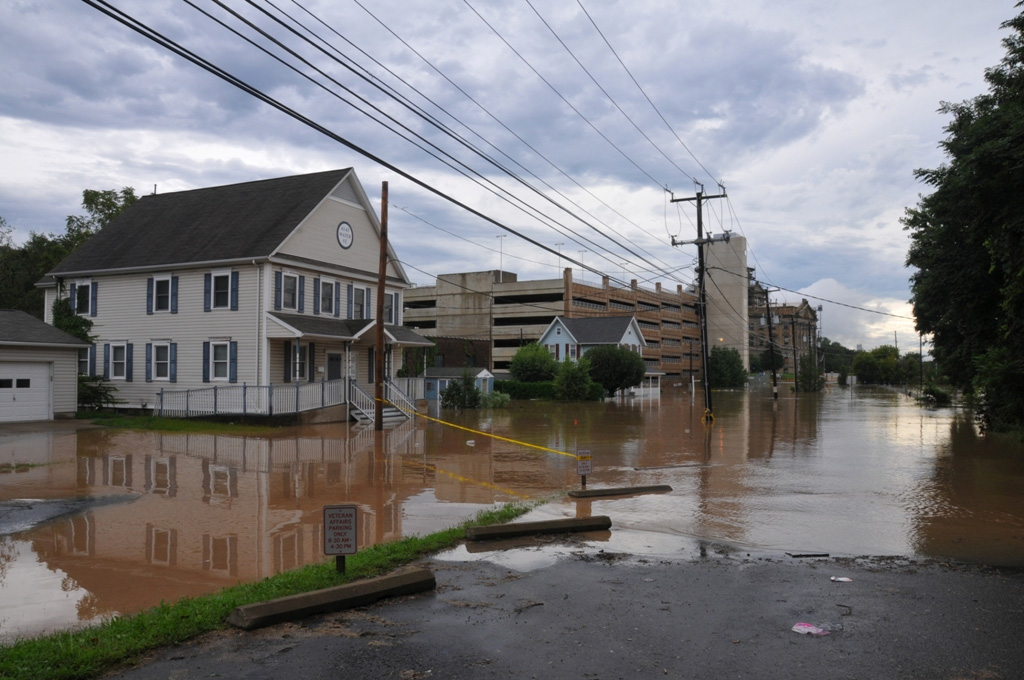 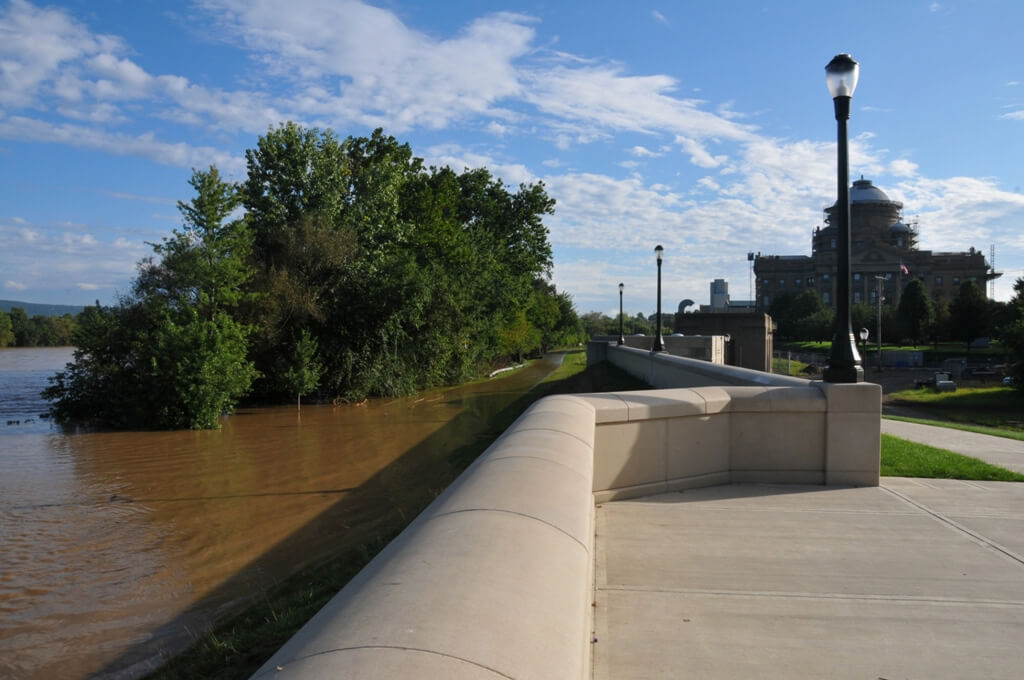